With just over two weeks remaining until the International Association of Chiefs of Police (IACP) Annual Conference and Exposition in Orlando, Vigilant Solutions reports today that over one hundred (100) law enforcement agencies in Florida are relying on Vigilant Solutions’ license plate reader (LPR) data, analytics and hardware solutions.

Brian Shockley, Vice President of Marketing, states, “Over 100 agencies in the state have joined over 3,000 nationwide in using Vigilant for their LPR needs.  In just the past year, agencies in Florida have used Vigilant in the investigation of literally thousands of investigations.  One relatively high-profile example shared with us out of Hollywood, Florida, involves the Economic Crimes Unit leveraging the power of Vigilant’s LPR data network to locate a couple that had defrauded an elderly victim of about $300,000.  The suspects were located in Las Vegas, taken into custody by Las Vegas Metro Police Department, and extradited back to Florida.  This is just one of many examples we have where our data and LEARN® analytic software have proven successful even before an agency has deployed its first LPR system.” 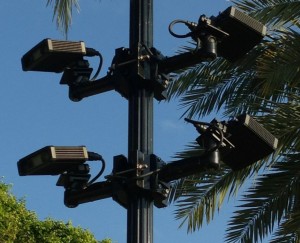 “To support our continued growth within the state and also to comply with FDLE’s desire to have all LPR hotlist data housed inside the state, Vigilant has invested the needed resources and acquired a server network to satisfy the needs of the state.  Much like our secure law enforcement data center in Virginia which currently manages over 2.5 billion detections and tens of thousands of law enforcement users from around the country, the Florida server provides a scalable LPR solution in the cloud to any agencies that want to take advantage.  This LEARN server is housed at Miami Beach Police Department and managed by Vigilant.  This LEARN server is able to integrate any and all competitive hardware, as we are currently doing for many agencies around the country, to provide more powerful analytics, simplified data sharing, and supplemental LPR data not available anywhere else.”

Tom Joyce, Vice President of Product Development, adds, “Leveraging the strength of our engineering team of more than seventy individuals, there are many exciting developments underway – some near term, some longer term.  New analytic tools, new sets of data to enhance both our LPR and facial recognition offerings, and our new Mobile Companion app for smart phones and tablets are just a few of the items that our customers will be hearing about very soon.  And, as always, new features and tools are automatically deployed and available in the cloud at no extra cost.  We are excited about our future, and what we can do for our customers.”