The Ugly, Uglier and Ugliest of Anti-LPR Legislation

Home Blog The Ugly, Uglier and Ugliest of Anti-LPR Legislation

License plate readers are under siege nationwide, thanks to a well-funded, well-coordinated campaign launched by civil liberties groups seeking to take advantage of the growing national debate over surveillance. Most of the laws that have been introduced in statehouses around the country pose at least some threat to this critical technology, but not all threats are created equal.

Before we get into the details of the legislative onslaught, it’s useful to review the facts:

Unfortunately, the campaign led by the American Civil Liberties Union (ACLU) has deliberately clouded and even omitted those facts.  And state legislators across the country have been more than willing to digest the ACLU’s propaganda at face value. 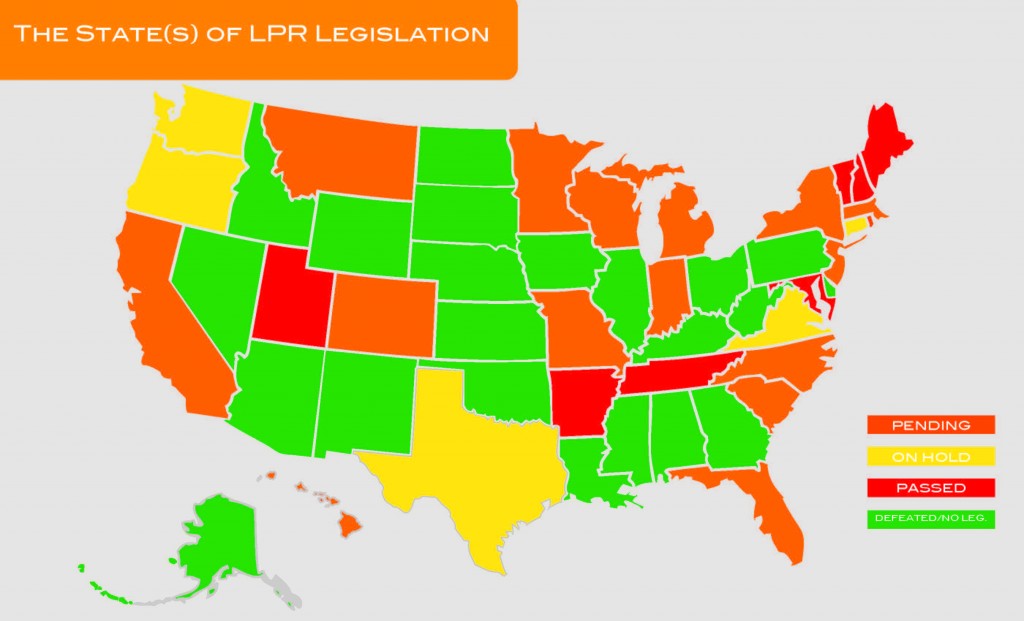 The resulting rash of anti-LPR legislation from to Connecticut to Indiana to California threatens to create a crazy quilt of mismatched legislation, limiting how the law enforcement community uses LPR to solve crimes in thousands of jurisdictions nationally.

For more than a century, police officers have been using license plates in investigations. While the technology behind that process has changed, the underlying act remains the same, but anti-LPR advocates conveniently forget this fact.

The anti-LPR tentacles have spread nationally and the voices of law enforcement, victims’ rights groups and constituents need to be heard in order ensure LPR technologies can be deployed to help law enforcement fulfill their responsibility of protecting and serving.

They say beauty is in the eye of the beholder.  When it comes to LPR bills, the vast majority are unattractive and risk citizen safety without improving personal privacy protections one iota.  They are the ugly, the uglier and the ugliest.

Several state legislatures including California and Utah have sought to limit LPR use in what they probably see as the having the most popular citizen support – limiting the public use of private LPR data.

For example, Vigilant Solutions has an agreement with Digital Recognition Network (DRN) wherein Vigilant is able to offer DRN collected data to law enforcement agencies for their use in seeking out vehicles of interest such as stolen vehicles, felony vehicles, AMBER alerts, and more. Vigilant makes the DRN data available to law enforcement through its National Vehicle Location Service (NVLS) and LEARN investigative software. This greatly increases the amount of valuable data that can help generate investigative leads and also help eliminate and/or exonerate suspects.

The value of private-public partnerships is recognized throughout all levels of local, state and federal government.  Reduced budgets with increased expectations allow these partnerships to relieve some of the burden on our public employees.

The pennywise/pound foolish “Chinese walls” that legislators are trying to impose on private LPR vendors puts a dent in taxpayer pocketbooks and personal safety.

The most popular anti-LPR tactic appears to be the placement of arbitrary retention limits on LPR data.  Bills are being debated that could limit the retention of LPR data by law enforcement to as little as 30 minutes with most focused on a 14-day time frame.

States including Tennessee, Rhode Island, Massachusetts, Virginia, California and Indiana have all either seen bills that limit data retention reach the committee level or the floors of the State Legislature.

Any reduction in data retention times hampers the ability for the investigation of crimes that occurred in the past.  As we in law enforcement know, many crimes such as sexual assault and rape are not reported until weeks after the fact.  Further, what about cold cases that may have new life once a suspect is identified years later?

So, if law enforcement apprehends a suspect for a murder that occurred last week, it would have no ability to search its LPR database for any links to that suspect’s vehicle and unsolved murders that match similar circumstances for more than two weeks prior.

Either the data should or shouldn’t be gathered.  If we all agree the data is important, then retention limits should be a moot argument and the focus should be placed instead upon strict access control.

The value that citizens get in exchange for hamstringing police is nonexistent. Only a fraction of a percent of LPR records are ever linked to personally identifiable information (names, addresses, phone numbers, etc) and only under the tight federal guidelines of the DPPA.

Data retention legislation asks citizens to trade safety and get nothing in return.

The anti-LPR movement secured a beachhead last year when the state of Utah passed a law that prohibited the private collection of license plate data.  On the face of it, you would think it may be reasonable and it does not have any impact on law enforcement.  However, private LPR data is used every day by law enforcement officers to solve a wide variety of violent crimes as well as vehicle thefts.

And, there is a little thing that the bill sponsors neglected to consider – the First Amendment of the United States Constitution.

Vigilant Solutions and DRN sued the state of Utah on constitutional grounds, arguing that the law infringed on the First Amendment right to take photographs of public images in public places, a right that everyone in Utah shares.

The First Amendment argument is clear, well-supported by precedent, and apparently compelling enough that the authors of the original law are more interested in changing it than arguing its merits before a judge. But rather than fix the flawed concept at the core of the legislation, they seem content to massage the language until it can narrowly pass constitutional muster.

In reaction to the suit, the Utah legislature overturned the law it passed less than 12 months prior and lifted the prohibition of private LPR data collection. However, the revision only harms law enforcement’s ability to use data to solve crimes: they voted to approve a bill that would allow for private LPR data collection but prevent state agencies from using these privately collected license plate images.

Utah lawmakers have taken a step in the right direction by reversing the private LPR ban, but the proposed revision still fails to offer a solution that protects both privacy and public safety.

Voices Need to Be Heard

Citizens who’ve only heard the news about license plate readers from the ACLU and its supporters could be forgiven for believing that the technology operates in a legal vacuum.  However, we expect more from our elected officials.

We know that the truth is that only authorized agents can link the plate images to DMV records under a narrow set of permitted purposes under the DPPA. Anyone who connects a plate to a license plate data outside of those purposes is committing a federal crime.

The value of those very few license plates that are eventually linked to DMV data can be enormous. In a 2013 poll of law enforcement officers from around the country, more than 90 percent said that license plate readers had helped solve major crimes such as homicides, rapes, narcotics trafficking, child abductions, and many more.

These are real societal benefits that can’t be discarded because of an ACLU agenda.

Can more be done to protect against misuses of LPR data? Of course.

The good news is that the shine on the anti-LPR movement’s legislation template is quickly dimming.  Connecticut and Virginia both put proposed legislation on hold for further study.  Pending legislation in California and Massachusetts is being slow rolled.   Further, the state of Maryland is on the cusp of enacting a historic LPR law that strengthens consumer privacy protections without limiting data retention times or any of the societal benefits of LPR.

These recent positive developments only prove that when state legislators across the country really listen and learn about LPR they can be convinced that the benefits outweigh the risks by a factor of thousands. To understand more of the facts and make your voice heard, visit www.lprfacts.com.